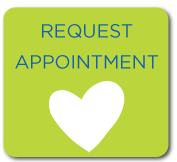 Hello everyone! I know I usually write about holistic medicine, but there are certain topics that cross all borders for our animal friends. One such topic is canine bloat, which is a true emergency situation. There are many facts and fictions about what predisposes dogs to bloat, and many of my clients have come in with questions after reading statements on the internet, so I’ve written the following summary based on information from leading veterinarians in the field.  Enjoy!

Dogs can be bloated from simple gas distension, but most cases (~75%) are due to gastric volvulus where the stomach actually twists, cutting off inflow and outflow of the stomach. Affected dogs drool because they can’t swallow; nor can they belch or vomit which would relieve the pressure. With increasing pressure the abdomen expands, causing severe pain. The medical term for bloat due to “twisted stomach” is GDV, short for Gastric Dilitation-Volvulus.

Great Danes are at greatest risk for GDV; 42% will bloat at least once in their lifetime. Other high risk breeds include the Bloodhound, Irish Wolfhound, Irish Setter, Akita, Standard Poodle, German Shepherd, and Boxer. But any deep-chested breed is at higher than average risk.

There are many benefits to keeping your dog lean, but when it comes to bloat some fat in the abdomen actually helps hold the stomach in place. Obesity is a major cause of illness in dogs, so keeping your dog at a good middle range – not too fat and not too lean – is recommended.

For large breed dogs the risk of bloat goes up 20% each year after the age of 5 (after 3 for giant breeds).

There is no “bloat gene” but there is inherited risk. First degree relatives of dogs who have bloated have a 63% greater risk of developing bloat.

Dogs who wolf their food have a 15% greater risk of bloat, which may be due to swallowing air. Feeding a single large meal per day rather than a few smaller meals also increases risk, as does feeding only dry food (especially brands containing fat among the first four ingredients). One study found increased risk when dry foods containing citric acid were moistened. Feeding at-risk dogs from raised food bowls increases their risk of bloat by 110%.

Fearful, nervous, or aggressive dogs have a much higher incidence of bloat compared to easy-going ones. And stressful events, such as boarding or a long car ride, can precipitate a bloat event.

Unfortunately 30% of dogs who bloat either die or have to be euthanized, and those who live will most likely bloat again within 3 months. To prevent recurrence of bloat, and to prevent initial bloat in high-risk individuals, we recommend a surgery called gastropexy to “tack” the stomach wall to the body wall. Gastropexy can be performed at the time of spay/neuter. 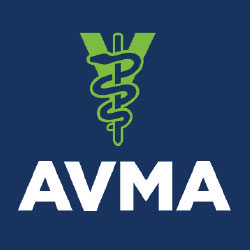